In the event of a drop in pressure on board of an aircraft, oxygen cylinders are the safety solution for all passengers and crew. Unfortunately, these lifesaving components can be fatal if the maintenance carried out is incorrect or substandard. This happened in 2008.

During this incident, an oxygen bottle exploded in a Boeing aircraft. The bottle created a large hole in the fuselage and the valve of the bottle projected all the way to the cabin and destroyed the cabin floor. Due to this malfuction, several oxygen masks did not deploy. The pilot took evasive action and lowered the aircraft making an emergency descent to an acceptable altitude before carrying out an emergency landing. The pilots quick and incisive reactions ensured that all passengers remained unharmed.

A posterior examination revealed that the explosion had been caused by particle contamination in the oxygen bottle. In order to prevent such incidents from reoccurring, the SAE ARP 1176A standard was released.

The standard specifies work area details including methods to select suitable cleaning chemicals, cleaning methods, test methods to verify cleanliness levels as defined contamination limits. Aviation Compaines are recommending the use of particle counting to detect non-volatile residues. In compliance with these guidelines, airlines are able to analyse the cleanliness of aircraft oxygen components with a PAMAS SBSS or SVSS particle counting system.

As an example, the particle measuring instruments from PAMAS have been, and continue to be, successfully utilised by KLM Royal Dutch Airlines. 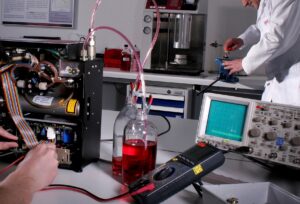 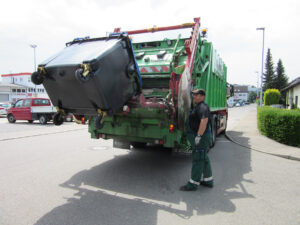 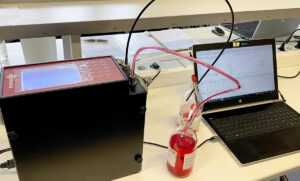